Tanzania is always much visited for wildebeest migration safaris in Serengeti and Ngorongoro parks. Also, if you are planning to visit some of the major cities we can arrange this vacation on time. More so, if you are exhausted with wildlife tours in Tanzania and city tours we can arrange for you Zanzibar holidays. Among the cities to visit includes:

Located in the middle of Tanzania, Dodoma is the nation’s capital city. Although much smaller and less advanced than the country’s commercial centre, Dar Es Salaam, Dodoma remains a hub for the country’s politics. Situated on the eastern edge of the southern highlands, the city of Dodoma is surrounded by a rich farming area and pleasant scenery. In recent times this out of the way town is becoming the centre for Tanzania’s growing wine industry.

Dodoma has little interest to tourists, but nonetheless it is a pleasant place for a stopover. North of Dodoma visitors can explore Iringi Hills, where some of Africa’s oldest prehistoric rock paintings can be found.

In recent times, the towns’ economic base has declined in favour of the coastal city, but in the early days of Tanzanian independence, there was a popular political motion to move the entire government to the town in the southern highlands. These days, the government divides its time between Dodoma and Dar es Salaam. The town’s population is about 410,956 people and is the 8th highest in the country.

Started as a small fishing village during the days of Sultan, the city has grown to be a cultural melting pot with African, Arabic and South Asian flavours. Dar Es Salaam, meaning the ‘Haven of Peace’ in Arabic is not only a bustling metropolis of east Africa and largest city of the exotic land of Tanzania, but also a major port that straddles some of the World’s most important sea routes.

The city offers a variety of attractions to its visitors like the architectural mix of the German, Swahili, Arab and English buildings as well as some of the remains of the past in the museums including the National Museum and the Makumbusho Village Museum.

The city also houses a number of government offices as well as Diplomatic Missions and Non- Governmental Organizations (NGOs) in Tanzania. The city has an estimated population of 4,364,541 people according to the 2012 population census.

Built by the Germans as a centre for colonial administration in the early 20th century, Arusha was a sleepy town with a garrison stationed at the old Boma and a few shops around a grassy roundabout. Today the city spans in northern Tanzania beneath the peaks of Mount Meru and Mount Kilimanjaro, and is Tanzania’s third largest city and gateway to the northern safari circuit.

Arusha is the site for the United Nations Criminal Tribunal on the Rwandan genocide and the head quarter for the Tripartite Commission for the East African Co-operation, making it a major centre for Tanzanian diplomacy and international relations. The city is also popular for its lively shops and markets, vibrant night life and cultural tourism.

The city has an estimated population of 416,442 people according to the 2012 population census and is said to receive about 400,000 visitors in a year.

Once the last stop for Arab slave traders Bagamoyo is now little more than large village, set on a beautiful mangrove fringed bay 72kms from Dar es Salaam. It was once one of the most important trading ports on the East African coast for the ivory and slave trade. Missionaries active in abolishing the slave trade made Bagamoyo a centre for their activities. There are many picturesque reminders and old buildings remains of the German colonial era which makes for an attractive day-trip.

The town used to be a stopover for slave and ivory caravans traveling on foot from L. Tanganyika area to Zanzibar. It is where the slaves and ivory would be shipped on dhows to Zanzibar. Bagamoyo which means ‘bury my heart’ in Swahili language is now a center for dhow building in Tanzania.

The town is located in Pwani region and has a population of about 89,218 people as per the 2007 population census.

Tanga is Tanzania’s 2nd largest port to Dar Es Salaam and is a center for marine export, import and trade. The town was also a center of colonial administration during the country’s occupation by the Germans in the early 20th century and the remains of German architectural buildings are still existent.

Much has not changed in this town and it remains one of the quietest and peaceful towns in the country with a population of about 273,332 people as per 2012.

The sleepy town of Tabora, in the hinterland of western Tanzania, remains a key transit point in the country. The regions around Tabora are famous throughout Tanzania for the honey they produce, and large Jerrycans and bottles of the famous liquid can be bought in the village market.

Historically, Tabora was once a major trading point and stopover for caravans that connected Lake Tanganyika and Central Africa with the coastal town of Bagamoyo to the northeast. The town’s population is estimated at 226,999 people.

Stone Town is the old city and cultural heart of Zanzibar, little changed in the last 200 years. It is a place of winding alleys, bustling bazaars, mosques and grand Arab houses whose original owners vied with each other over the extravagance of their dwellings.

Stone Town was recently and deservedly declared a World Heritage Site by UNESCO. Most of the houses that can be seen today were built in the 19th century when Zanzibar was one of the most important trading centers in the Indian Ocean region. A visit to this ancient town affords visitors chances to walk between the Sultan’s palace, the house of wonders, the Portuguese fort and gardens, the merchants’ houses and Turkish baths of the old city

The Pangani River passes through the north side of the town, separating the old buildings and the present-day market from the farms and small houses on the south side.

Once a centre of Swahili trade with the African mainland, Pangani is now a sleepy backwater town. Visitors passing through the area would do well to explore what remains of the old town on foot. Even a short walk rewards visitors with a glimpse of quiet life in the old trading towns along the Swahili Coast.

The city of Mwanza is the major Tanzanian port on Lake Victoria and a major centre of economic importance in the region. Around the city of Mwanza, the land is primarily devoted to agricultural enterprise. Tea, cotton, and coffee plantations throughout the area produce large volumes of cash crops that pass though Mwanza on their way to market. The town’s industrial harbour and busy streets make it a prosperous and busy place to explore. The town of Mwanza has a population of about 706,543 people and is the 2nd most populated town after Dar Es Salaam.

Nestled at the base of Mount Kilimanjaro, Moshi is the coffee producing centre of the country. All around the town and on the slopes of Kilimanjaro, vast plantations of coffee blanket the area. Sugar plantations are also of central importance to the region’s economy, and can be seen outside of town.

Walks around Moshi town and a trip to the coffee auction that is held here are activities of interest to passing visitors, but the main reason visitors come to Moshi is to climb Mt. Kilimanjaro, the mountain whose thick clouds and snow-capped peak towers over the agricultural town. The town has a population of about 184,292 people.

Morogoro lies in the agricultural heartland of Tanzania, and is a centre of farming in the southern highlands. In addition to its agricultural importance, Morogoro is also the centre for missionary work that goes on in the country, and the various missions and their schools and hospitals are a central feature of the town.

The town of Morogoro lies at the base of the Uluguru Mountains, part of the Eastern Arc chain. It’s close location to the peaks makes Morogoro an important stop for hiking trips to the Uluguru Mountains. The mountains are popular for their ancient forests believed to be more than 25 million years old. The indigenous Luguru tribe offers opportunity for cultural tourism in this area.

The town is the 6th most populated town in Tanzania with a population of about 315,866 people according to the last population census.

Near the Zambian border deep in the southern highlands, the city of Mbeya is the major agricultural capital in the country’s south-west region. Large coffee and tea plantations, banana farms, and fields of cocoa are all grown around the region. Mbeya’s location also makes it an idea transit point for good traveling by road and rail between Tanzania and neighboring Zambia and Malawi.

The town was originally founded in the 1930’s, when gold was discovered and a ‘gold rush’ ensued. But instead of running out and becoming a ghost town, Mbeya has continued to supply the country with a regular amount of gold. Its mountain views and pleasant weather make it a good stopover point for over land travelers heading south.

The town is the 5th most populated town with a population of about 385,279 people according to statistics from the 2012 national population census.

Along the southern coast of Tanzania, the ancient ruins of Kilwa Kisiwani lies amongst an encroaching jungle of mangroves and the never-ending cycle of the tide. Once the very epicenter of Swahili culture and civilization, all that is left of Kilwa Kisiwani are the old building blocks of the town — fire baked limestone, coral blocks, and a few shattered tiles. The ruins are scattered around the present day Kilwa Kisiwani, whose simple mud huts provide a stark contrast to the wealthy town that Kilwa once was.

The bustling town of Kigoma is the regional capital of western Tanzania and a central port in the area. Located on the eastern shores of Lake Tanganyika, Kigoma is surrounded by rugged mountains and forests that make it a pleasing and beautiful location. Over the last decades Kigoma has gained a strong economic foothold in the region and its port is of central importance to the activities of the area.

Historically, the town was the final stop of the Central Line railway, built in the 20th century to transport agricultural goods from the African hinterland to the East African Coast. The town makes a good overland base for visits and chimpanzee safaris to both Gombe Stream National Park and Mahale Mountains National Park. Its population stood at 215,458 people by 2012 census.

Located in the southern highlands of Tanzania, near the country’s legislative capital of Dodoma and the agricultural centre of Morogoro, Iringa is a pleasant small town and a focus of regional agriculture and production. Iringa is an attractive base for exploring its outlying areas of forested hills, boulder-strewn wildernesses, fertile farmlands, and dusty red lowlands where big game species can be seen. Dodoma’s streets are quiet and peaceful, and the market offers a vibrant scene of traditional African culture. Iringa overlooks the Little Ruaha River and is a popular stopping point for visitors to Ruaha National Park. The town’s population is estimated at 151,345 people. 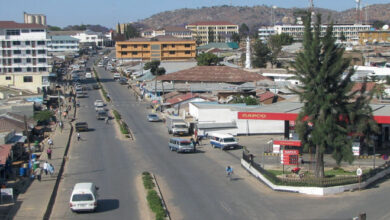 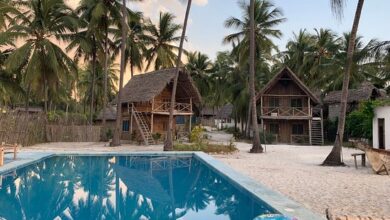 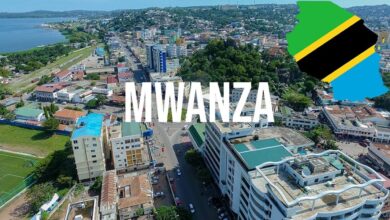 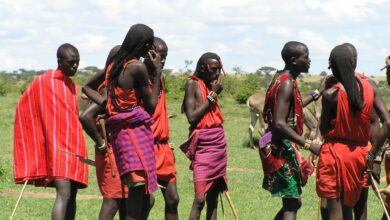 Thousands of Maasai to be Evicted from Ancestral Homeland