Towards the end of the short dry season, around March, the short-grass plains of the southernmost Serengeti begin to dry out and the wildebeest begin their journey, heading towards the western woodlands.

The Serengeti wildebeest migration is Africa’s great migration and happens every year that you can experience on your Tanzania safari where by large numbers of wildebeest (over 2 million) and other animals like the grant’s gazelles, impalas, zebras (over 200,000), elands, and Thomson’s gazelles migrate from the Serengeti plains in Tanzania to the Maasai Mara in Kenya.

They move clockwise over 1,800 miles annually which makes their migration easy to predict. They mainly migrate in search for better water quality and new grazing grasslands.

During January-February-March, many herds of wildebeests and zebras are around the Ngorongoro Conservation Area and in the Southern plains of the Serengeti, the grass there is short and rich, so most pregnant wildebeest find there stay here.

The calving season starts at the end of January to mid-March; around 600,000 calves are born in this time. Them being born in large numbers it is easier to survive predators than those born few and earlier.

During this time from January to March, these wildebeest migration can be viewed comfortably at a mobile camp, though most mobile camps are faced with the issue of flies so clients who are in for camping are advised to go in for Lake Masek Tented camp, then also mid-range travelers can opt for Ndutu lodge as they observe the migration.

Those who are into the luxury basis can go for Mwiba lodge, which is located a few kilometers away from Ndutu area so private vehicles can be offered by the lodge to take you to the area to observe the migration.

By the end of March to early May, this is considered an off season for observing wildebeests and other animals at large because there are heavy rains in Tanzania by this time. The grass during this time grows so tall and also roads become hard to pass through since the soils are slippery.

At the start of May the grass is already reduced since the population of the animals is a lot, so they choose to migrate looking for more grass.

Most of the wildebeests and zebras move to the North via Seronera and the West near Lake Victoria and Serengeti’s western corridor, by this time these areas have enough water and longer grass.

Early June the wildebeests start to move westwards because there is no enough food where they were.

They tend to move to River Grumeti, which is surrounded by a forest and in this forest, there are lots of elephants, buffaloes and in the river are a number of hippos and big-starving crocodiles that are ready to eat the wildebeests that come to drink water from the river.

There are different places where one can stay and catch the migration. They range from luxurious lodges such as Sasakwa Hill Lodge, Faru Faru River Lodge and Sabora Plains Tented camp; while here you not only watch the migration but also can have drives off the road, wildlife viewing walks and night drives.

Other accommodation facilities where to see the migration include; Kirarwa and Grumeti River camp but while here you cannot do night drives or off-road drives.

By July-August-September-October, the water and grass has totally reduced in Grumeti and in the Western Corridor so wildebeests start moving to look for more grassland.

So, there are chances of watching migration around the Singita Grumeti reserve in July but these chances reduce as the month ends.

At the end of July to mid-October, the herds of wildebeests divide themselves into smaller groups residing in the North of Serengeti and in the Maasai Mara, during this time if it’s a dry season the wildebeests gather around water bodies particular the Maasai River, whereby this river also has hungry crocodiles ready to eat those that come to drink water.

In mid to late October there are short rains; because of this the wildebeests start moving south of the Masai Mara in Kenya.

So, by this time the best place to view the migration is the Masai Mara though this reserve is smaller than the Serengeti. So, while here, you will not only observe the migration but also you could visit the nearby Maasai communities that have been there for very many years.

During this period, you can observe the migration while staying at different lodges and Camps. Staying in northern Serengeti is advisable since most herds are there and also are in the Masai Mara.

For those in need of a luxurious treat the Singita’s Mara River Tented Camp can work for you, another is Sayari camp which is a few minutes away from the wildebeest herds.

Other accommodation facilities include; Nomad’s Lamai Camp, Lemala Kuria Hills, Olakira, Serian, Kimondo, and Governor’s Camp (found in the Mara) among others.

In November-December, the rains continue throughout November so the wildebeests continue to move south and east.

By December they start moving back to Southern Serengeti to the rich and short grasses. Most herds arrive by the end of December towards beginning of January which marks the end of that cycle. 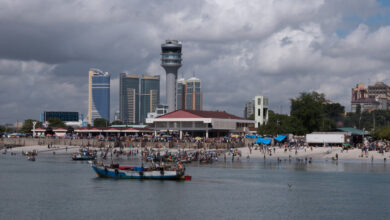 Where to Go in Dar es Salaam – Tanzania 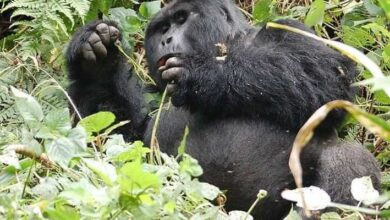 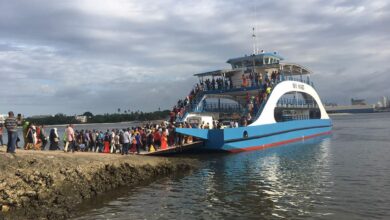 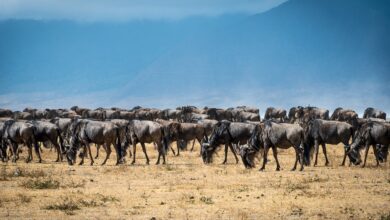